WE ARE SO GRATEFUL FOR OUR DONORS. IT IS YOUR GENEROSITY THAT MAKES ALL THE DIFFERENCE.

The Bowmanville Hospital Foundation’s success is the community’s success. In our work, we are privileged to be on the receiving end of philanthropic generosity every day. Without you, we would not be able to do what needs to be done for our hospital, for the health care of you, your family, friends and loved ones.

It is with gratitude that we honour the generous contributions of our donors in the public spaces within Bowmanville Hospital (with the exception of those who wish to remain anonymous). Our donor walls are just one of the ways we say thank you and encourage others to follow in your footsteps.

Thank you for believing in the work we do and for helping us transform health care for Clarington, one gift at a time. 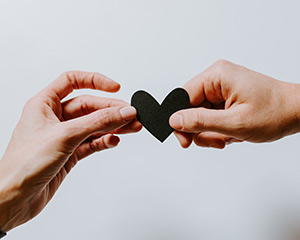 The Governor’s Recognition Circle applauds the exemplary performance, dedication, leadership and accomplishment of individuals in our Foundation family who have, through their benevolence and selfless contributions, helped shape the landscape of health care for Clarington and surrounding communities.

Each year, the Foundation’s Board of Directors will honour and recognize one individual who has greatly impacted the work of the Bowmanville Hospital Foundation and health care for the community.

This award recognizes, acknowledges and thanks these pioneering men and women, these visionaries who have sacrificed their time, talents and resources to pave the way for a successful and sustainable Foundation and Hospital and set an example for others to follow.

J.W. Alexander was a great community leader and successful businessman who owned the Dominion Organ and Piano Company in Bowmanville.

The first plan for a Hospital in Bowmanville began in 1910 when, then Mayor, John Mason, opened a special account to set aside money for a Hospital.

In 1912, J.W. Alexander acquired the six (6) acres parcel of land with a large brick house known then, South Park.  Later that year, Mr. Alexander would donate the South Park property for the Hospital. There was however, one stipulation; the community had to raise $5,000 to equip the Hospital. The first capital campaign was launched as factory whistles and church bells were sounded to announce the campaign.  The community would raise $5,200 for their Hospital.

Mr. Alexander served on the Hospital Board and would later resign after a short time.  Some believed this modest and gentle man did not enjoy the notoriety and lived quietly with this wife Nellie and sons in Bowmanville where he quietly and modestly took a keen interest in the community’s affairs.

With Bowmanville Hospital on the cusp of getting its expansion, it only fitting that honour the man whose vision and generosity has made it possible. 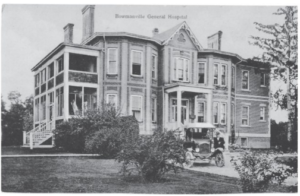 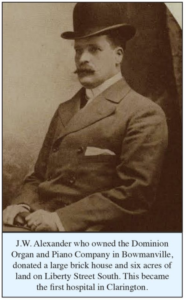 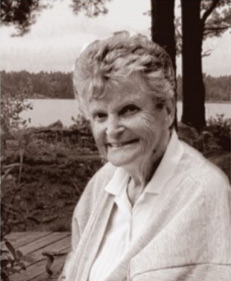 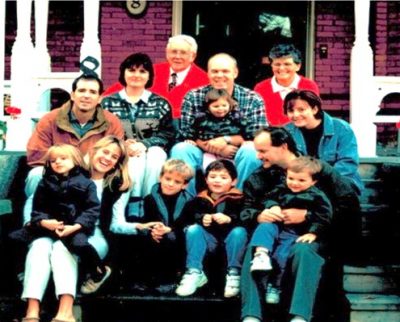 Anna Strike is one of Clarington’s longest and most notable volunteers.  Anna, is regarded affectionately by friends and family as a dedicated, kind and compassionate person who wants to make a difference.

Anna grew up on a farm in Orono and would later move to Bowmanville in the early 1950’s after marrying her husband, Alan Strike.  There, she raised her three sons, Ron, Bob and Dan.   Family always came first, closely followed by her passion and commitment to serve and help others.

“Volunteering was my mom’s full-time job,” recalls Ron Strike.  “She loved giving back and helping others.  That’s why I think she did it for as long as she did. It meant so much and was that important to her.”

Anna began volunteering with the Ladies Auxiliary – now known as the Association of Hospital Volunteers – Bowmanville in 1953. She served as Treasurer, Secretary, and later President of the Auxiliary, while also helping out weekly in the Hospital’s Gift Shop.  In 1990, Anna joined the Foundation’s Board of Directors and served in various capacities until she stepped down in June, 2000.   All tolled, that’s more than 60 years of volunteer service.

“She was instrumental in growing volunteerism within the Hospital,” said Chris Kooy, Chair, Board of Directors, Bowmanville Hospital Foundation. “Anna was known to warmly welcome all volunteers during her time as a member of the Ladies Auxiliary, helping them feel a sense of purpose in their roles within Bowmanville Hospital.” 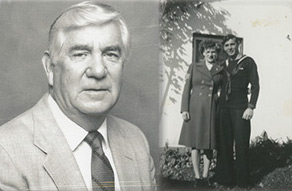 Thomas Cowan was a pillar of the Bowmanville community. Fondly remembered by family and friends as trusted, reliant and extremely hard working, Bowmanville Hospital and Foundation are incredibly grateful for Tom’s dedication and commitment to elevating health care for Clarington and surrounding communities.

Like many young Canadians, Tom bravely entered the Canadian Armed Forces at the age of 16 as a gunner for the Navy. After the war, Tom was sent to The Sands in Windsor, a recovery unit for tuberculosis, where he met his future wife, Vivian. They settled in Bowmanville before opening, at the time, Cowan Pontiac-Buick Ltd. in 1969, which proudly celebrated its 50th anniversary in 2019.

“Tom Cowan exemplified the strength, drive and resilience of a true leader,” said Frank Cerisano, CEO, Bowmanville Hospital Foundation. “He worked tirelessly to advocate on behalf of Bowmanville Hospital and Foundation and served as a change maker for health care in Clarington. We are here, in part, because of his great works.” 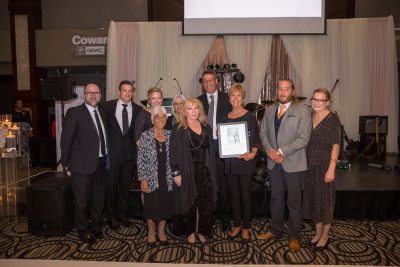 The 2019 annual fundraising Gala opened with a special tribute to Tom Cowan, the first recipient of the Bowmanville Hospital Foundation’s Governor’s Circle Award. Time will never erase the work he accomplished and the lives he positively affected.